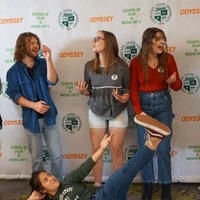 Like painters, cinematographers create the perfect picture, but use a camera and light instead of a paintbrush.  Through hands-on activities and shots from popular films and series, students will learn how to design shots and then assemble them into a sequence in this skills-focused workshop.

Instructor: Cleveland native Michael Suglio is the creator and director of the “Short. Sweet. Film Fest.” Suglio earned a Master of Business Administration from Case Western Reserve University’s Weatherhead School of Management. He has produced and directed a feature film and several short films and music videos, and he serves on the Board of Directors of Independent Pictures, which hosts the Ohio Independent Film Festival.