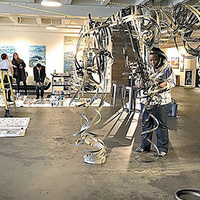 Passport Cleveland: Inside the Artists' Studios

This Passport includes a tour of select studios, hosted by Hedge Art Studio, followed by lunch at a Gordon Square restaurant.