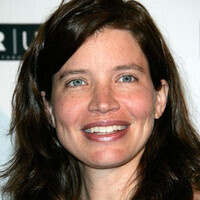 In association with the Cleveland International Film Festival and CIFF43, the CSU School of Film & Media Arts hosts filmmaker and Shaker Heights native Jamie Babbit for a discussion of her many career accomplishments, moderated by Assistant Professor of Practice Maria Gigante and followed by a Q&A with the audience. Seating is first come, first served.

Jamie Babbit has directed several features and produced and directed multiple award winning television shows. Her feature credits include Fresno, (SXSW Premiere 2015) starring Natasha Lyonne and Aubrey Plaza, and the queer comedy, But I’m a Cheerleader, which debuted at The Sundance Film Festival. Other features include The Quiet for Sony Classics starring Edie Falco and Itty Bitty Titty Committee which won the grand jury prize at the SXSW film festival.

Babbit's directing television credits include Girls (HBO), Looking (HBO), and a best directing Emmy nomination for Silicon Valley (HBO). Babbit has been profiled in The New York Times, Out Magazine, Time Out, The LA Times, Filmmaker magazine, The Huffington Post, and was listed by Variety as a "director to watch."

Babbit began her career as Martin Scorsese's intern on The Age of Innocence and worked underneath David Fincher on The Game. She directed three shorts that premiered at Sundance and her last short Stuck won a jury prize at Sundance.

Babbit graduated from Columbia University where she was a Centennial scholar in foreign studies and grew up in Shaker Heights, Ohio. She currently lives in Los Angeles, CA with her wife, Karey Dornetto.