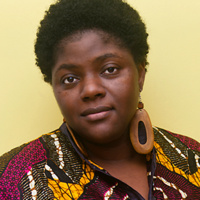 Dr. Msia Kibona Clark will discuss her groundbreaking work, Hip Hop in Africa: Prophets of the City and Dustyfoot Philosophers, at 6 p.m. Friday, October 12, 2018, in Cleveland State University’s Berkman Hall (formerly the Main Classroom Building), Room BH 136, 1899 East 22nd Street, Cleveland. The talk, which is free and open to the public, is part of the Curtis Wilson Lecture Series, which commemorates the legacy of Professor Curtis Wilson, a former director of CSU’s Black Studies Program.

A book signing will take place beforehand in the Howard A. Mims African American Cultural Center, BH 137, at 5 p.m. Following the lecture, a Bridges to Africa reception will be held in BH 137 at 7:30 p.m. The reception will allow Dr. Clark a chance to discuss with the community the exhibition of her photographs on display in the Center that depict the elements of hip hop in Africa.

Dr. Clark is an associate professor in the Department of African Studies at Howard University. She is originally from Tanzania and received her doctorate in African Studies from Howard University. Her work has focused on popular culture, migration and gender studies in Africa. Dr. Clark has written numerous scholarly publications on hip-hop’s intersections with social change, gender and politics in Africa. She has published three edited manuscripts and over a half-dozen articles and book chapters on hip hop in Africa, as well as African migrant experiences. Her book Hip-Hop in Africa: Prophets of the City & Dustyfoot Philosophers is the first scholarly work to address hip-hop culture across Africa. Dr. Clark teaches a course on Hip Hop & Social Change in Africa at Howard University, and she produces the Hip Hop African blog and monthly podcast hosted at hiphopafrican.com.