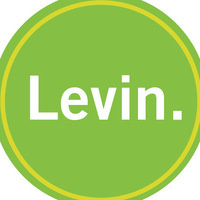 Brown Bag Film Series: OCA Image TV AsiaTown Highlights Video, Where To Go, and Where To Eat and Shop

In conjunction with our AsiaTown & The Asian American Experience Forum on Thursday, May 16, 2019, we are pleased to offer a Brown Bag Film Series throughout the month of May, facilitated by Kyle Znamenak, Research and Inclusion Specialist, Cleveland State University.

Ohio is home to over 238,000 Asian-Americans with almost 67,000 living in the Cleveland Metropolitan area and over 39,000 in Cuyahoga County. When the first Chinese arrived in Cleveland in 1870, Chinatown formed, relocated twice, and eventually evolved to our present day AsiaTown. For many years, AsiaTown remained a hidden gem that unveiled itself more widely in recent years due in part to the popularity of the Cleveland Asian Festival and the growing Asian Pacific American (APA) community. Regardless of where Asian Pacific Americans live, work, or play they have a connection with Cleveland's AsiaTown. Hear our diverse group of panelists talk about their own personal experiences, perspectives on AsiaTown, and the future of the APA community in Cleveland.

This event is co-sponsored by the Levin College Dean's Diversity Council.

May 8, 2019 | 12:00pm – 1:00pm
Oral History - Documentary of Japanese Americans - Cleveland's Japanese American's experience from internment camp to relocating to the City of Cleveland | 60 min.
Bonda Board Room, UR 254

This is great event.